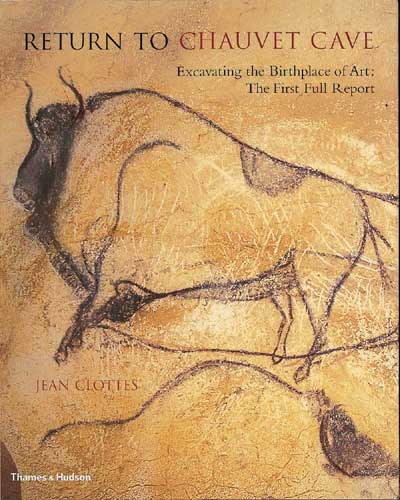 The Chauvet Cave
The discovery of the Chauvet Cave in the Ardèche valley in the south of France has proved to be one of the most important finds of Palaeolithic cave art since Lascaux. Following its discovery in 1994, it has been scrupulously protected, accessible to only a very few researchers, and in 1995 the Ministry of Culture asked for tenders for the scientific study of the cave. The winning tender was from a team headed by Jean Clottès who had carried out much of the original work. Now, in Return to Chauvet Cave: Excavating the Birthplace of Art, he presents ‘The First Full Report’.
This must be one of the most magnificent archaeological reports ever produced: it is in a very large format, in full colour throughout, and it presents the work in that bravura style that the French do so well. It is now published in English by Thames and Hudson for £45.
Despite the overwhelming first impression of this being an ‘art’ book, it is nevertheless essentially an archaeological report. The first part deals with the geology and the archaeology, but it then comes on to the meat of the report, dealing first with the paintings in the cave, gallery by gallery, and then going on to a description of the animals, animal by animal.
There are basically two types of painting, which might be called red figure and black figure. The red figure paintings, which are apparently the older, are found throughout the cave and consist mostly of simple drawings, either of rows of dots or of the outline of hands. The really magnificent paintings, however, are mostly in black and are to be found in the dark inner recesses of the cave in two galleries in particular, the Hillaire Chamber and then in the End Chamber. Some 381 animals in all have been distinguished, of which the majority, nearly 80% are what he calls ‘dangerous animals’ that is animals which were too dangerous to be hunted: felines; mammoths, rhinoceroses and bears. Indeed one of the finest paintings is of two rhinoceroses fighting each other. There are indeed some magnificent ‘non-dangerous’ animals, in particular a row of horses, but they are very much in the minority. At various periods before, and possibly after the human intervention, the cave was occupied by bears and a particular feature is a bear’s skull placed on a table of rock with what can only be a ritual intention.
The big problem of Chauvet is its date; a long series of radiocarbon dates have been produced, all of which are very early. The author suggests that they fall into two groups, one around 30,000 – 28,000 BC, which includes all the paintings, and the other around 25,000 to 24,000 BC, which dates mostly hearths and torch wipes. These dates would put the caves into the Aurignacian period, far earlier that any other cave art, though comparable to some of the very early figurines. The dates are being challenged, notably by Paul Pettitt who runs the Oxford radiocarbon laboratory. Virtually all the dates come from one laboratory, the leading French laboratory at Gif. There is indeed one Oxford date quoted but here, the pre-treatment was done at Lyon, and it is the pre-treatment that is all-important. The samples are mostly minute specks of charcoal. Yet all such early dates present a challenge to the scientist: the half-life of radiocarbon is around 5,000 years, which means that in a sample of charcoal about 20,000 B.C, already around three quarters of the radio activity will have decayed anyway, making the remaining signals extremely weak. Thus the pre-treatment is all important and samples need to be sent to a number of different laboratories to compare the results. Yet at the current position, the early dates must cause a very major problem. Stylistically the art is not incomparable to that of Lascaux, some 15,000 years later. Can we really envisage any art style surviving virtually unchanged for 150 centuries?
Doubts therefore about the date will certainly continue to exist. Nevertheless, this magnificent First Report will provide a mass of evidence for all those stirred by the magic of Palaeolithic cave art to ponder and enjoy.