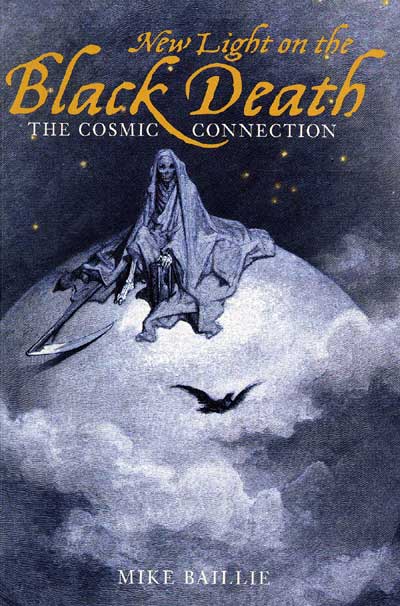 Everyone knows the Black Death of 1348 was caused by fleas carried on rats. Infected fleas would leave the bodies of dead rats and migrate to a convenient human host. Then the human would be infected. Simple. Only the problems with this idea are mounting fast.

The disease spread at around 1.5km per day.

You therefore have to imagine rats literally racing across the countryside – and a trail of dead rats everywhere as they were struck down by the disease they carried. The kill rate, moreover, was staggeringly high, especially when the disease reached colder northern parts, since bubonic plague requires relatively warm temperatures. In China and India around 1900, outbreaks of bubonic plague killed only about 3% – not the 30% or even 50% recorded in Europe in the mid 14th century.

At the time some people thought there was something in the air. ‘Insofar as the mortality arose from natural causes,’ wrote one, ‘its immediate cause was a corrupt and poisonous earthy exhalation, which infected the air in various parts of the world … I say it was the vapour and corrupted air which has been vented – or, so to speak, purged – in the earthquake.’ Earthquake? In fact, according to the 19th century German historian Hecker, who researched the documentary records, there was a whole series of terrible natural happenings in the Orient in the run up to the Black Death – earthquakes lasting for days, violent torrents of rain, tectonic movements, millions of deaths, uncommon atmospheric phenomena, water springing from rocks, destructive deluges, and ‘a fiery meteor, which descended on the earth far in the East, [and] destroyed everything within a circumference of more than a hundred leagues, infecting the air far and wide.’ Modern science is now coming to the aid of this once-marginal historical perspective. In 1984 Graham Twigg argued in The Black Death: a biological reappraisal that bubonic plague could not have continued to kill hundreds of thousands in a North European winter – and suggested it was something else, perhaps anthrax. In 1993 Fred Hoyle and Chandra Wickramasinghe pointed out in Our Place in the Cosmos that the pattern of disease-spread implied something moving through the air, perhaps even entering the atmosphere from space. Now, in his new book, New Light on the Black Death, Mike Baillie, Professor of Dendrochronology at Queen’s University, Belfast, enters the fray with the latest palaeo-ecological evidence.

Baillie’s starting-point is the tree-ring sequence, which shows big downturns with widespread reduced tree-growth in AD 540 and 1340. He has written at length about 540, linking the dendro downturn with the great plague recorded in the reign of the Emperor Justinian, hypothesising a close encounter with a comet, a loading of the atmosphere with debris, and a darkening of the sun. Did something similar happen around 1340? It is not just tree-ring studies showing major change in the global environment at the time. The Antarctic ice-cores indicate a dramatic rise in carbon dioxide gas at the very time medieval writers were claiming that the atmosphere was corrupted. There is also a layer of ammonium at 1348 – just as there is at 539 and 1908. Why 1908? On 30 June that year what was almost certainly a fragment of comet exploded over Tunguska in Siberia and flattened 2000 km of forest.

Are comets capable of loading our atmosphere with lethal chemicals that wipe out millions? Are the rats of 1348 innocent? This book by a leading world expert on palaeoecological change is a fascinating contribution to the growing debate about what really caused the Black Death.