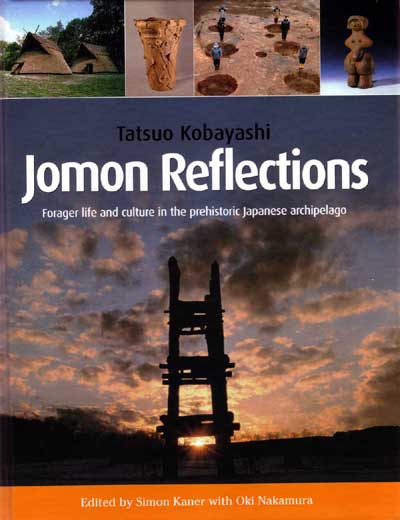 The Jomon must be one of the most perverse cultures in the world: it does not fit into any of the usual categories. It is tempting to say that it is the Japanese Mesolithic for it comes after the late Palaeolithic, and the economy consisted entirely of hunting and gathering. There is no hint of agriculture, which is a key criterion for the Neolithic.

But it is also tempting to call it the Japanese Neolithic for it has many of the characteristics of the Neolithic. The most obvious is pottery: the very word Jomon itself means ‘twisted cord pattern’ and the highly elaborate forms of Jomon pottery with their twisted cord pattern decoration are some of the most exotic pottery in the world.

The Jomon people also very early on ceased being mobile and instead settled down, worked out a highly complex system of collecting and storing food, and constructed large villages of well-built pit houses and indeed long houses. So in many ways they are Neolithic.

Indeed, one might even claim that they were Japanese Bronze Age people, for although they never invented bronze or any form of metal working, they nevertheless became a complex sedentary society, producing large villages that are typical of the Bronze Age in much of the world. Indeed they have structures that one might consider to be comparable to henge monuments, aligned on the position of the sun.

But above all the culture was very long lasting. The Jomon began right back in the Ice Age, around 13,000 BC when they produced some of the earliest pottery in the world: pottery implies food preparation, an important step towards a sophisticated life. They then continue for a further 12,000 years, and it was not until around 800 BC that the Jomon was replaced by the very different metal-using Yayoi culture, introduced by rice-eating Koreans. So this must make it just about the longest lasting culture in the world: what then was this Jomon culture?

The Jomon culture is now the subject of a splendid new book in full colour called Jomon Reflections: Forager life and culture in the prehistoric Japanese archipelago, published by Oxbow for the Sainsbury Institute. The book has been masterminded and put together by Simon Kaner of the Sainsbury Institute for the Study of Japanese Arts and Culture, in Norwich. He has taken a series of essays by Tatsuo Kobayashi, Professor of Archaeology at Kokugakuin University in Tokyo who has been described as the Japanese Mortimer Wheeler in his zeal to popularise archaeology. This has been translated and illustrated with help from Oki Nakamura, the Handa Archaeology Fellow at the Sainsbury Institute, and the text has been smoothed out and edited for a western audience and a large number of magnificent colour plates have been inserted with long captions.

The Sainsbury Institute has generously allowed us to use these illustrations and the text to form a basis for this article and to make this into an introduction to the Jomon culture itself. We begin by looking at the exotic pottery, then at their economy, their settlements and finally their art and religion.