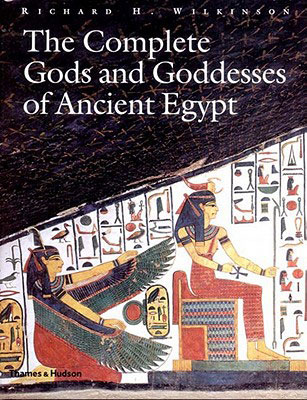 How many Egyptian gods and goddesses were there? In The Complete Gods and Goddesses of Ancient Egypt, Richard Wilkinson, Professor at the University of Arizona, lists nearly 500 of them, categorised by type. The majority of them are anthropomorphic, divided between male and female. Then come the mammalian deities, followed by the avian (birds), until we get down to reptiles, amphibians and fish – and to the frog goddess Heket, who assists in birth. As Juvenal said, ‘who does not know what monsters are worshipped by demented Egyptians? One lot reveres the crocodile, another goes in awe of the ibis’.
The book is the latest in the splendid Thames and Hudson Complete Series to which Richard Wilkinson has already contributed The Complete Temples. There are 383 illustrations, 132 of them in colour, which means that most of the gods he mentions have their picture recorded. The listing of the gods, which comprises two thirds of the whole book, is prefaced by 70 pages of judicious introduction, looking at the rise and fall of the gods, how they manifested themselves, how they were worshipped, and their relationship with the kings. But why were there so many gods? God alone knows. . .