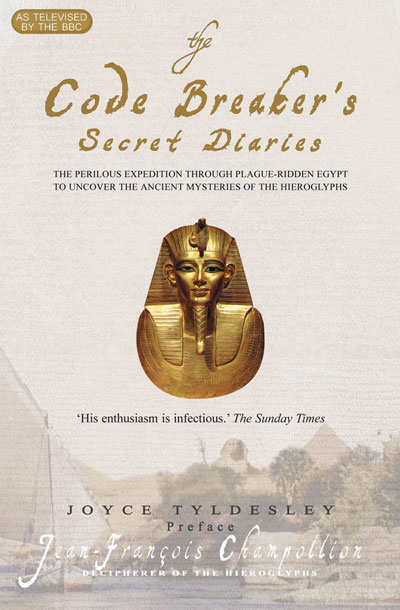 Civilization cannot exist without spoken language, but it can without written communication. The Greek poetry of Homer was at first transmitted orally, stored in the memory, as were the Vedas, the Sanskrit hymns of the ancient Hindus, which were unwritten for centuries. The South American empire of the Incas managed its administration without writing. As archaeologists well know, many significant societies were not literate. Yet eventually, almost every complex society – ancient and modern – has required a script or scripts. Writing, though not obligatory, is a defining marker of civilization. Without writing, there can be no accumulation of knowledge, no historical record, no science (though simple technology may exist), and of course no books, newspapers, emails or World Wide Web.

Hence the interest and value of these two extremely disparate publications about writing: the first intended for anyone interested in ancient Egypt and its hieroglyphs, the second aimed chiefly at specialists in ancient and modern scripts of all kinds. The Code Breaker’s Secret Diaries is an abridged translation from the French of the 19th century Egyptian expeditionary journal of Champollion, the scholar who deciphered the Egyptian hieroglyphs in 1822-1823. Scripta is a brand-new journal for Champollion’s modern successors studying writing systems, which covers a wide span: from ancient Mesopotamian clay ‘tokens’ that first appear in 7500 BC and are seen as precursors of writing; the long-running attempts to decipher the mysterious Indus script of the 3rd millennium BC; to the radical royal invention of the Korean alphabet, Hangul, in the 15th century AD.

‘Jean-François Champollion was the first, and to many the greatest, hero of Egyptology’, begins Egyptologist Joyce Tyldesley’s new preface to Champollion’s diary. Not only did Champollion’s decipherment double the span of recorded history from about 600 BC to about 3000 BC – the beginnings of pharaonic Egypt – he succeeded in this achievement against high odds and with Gallic panache. Born into a poor and undistinguished family at the beginning of the French Revolution, educated on a shoestring, exiled from his home town of Grenoble by the royalists for his republican activism, and dogged by the poor health that killed him at the age of only 41, Champollion nevertheless became the first curator of Egyptian antiquities at the Louvre and contrived to get himself sent to Egypt with royal support. There, in 1828-1829, he and his daring party of Frenchmen and Italians sailed the Nile from Alexandria to Abu Simbel and found his decipherment triumphantly confirmed by hieroglyphic inscriptions on the temples, tombs and statues of the pharaohs.

The diaries contain vivid, penetrating and often entertaining descriptions of contemporary Islamic Egypt and Egyptians – mosques and palaces, pashas, priests and peasants; of the machinations of French officialdom, whose trade in antiquities Champollion’s excavations threatened; and of the difficulties and dangers of travel on the Nile, including a New Year dinner in Nubia with two rare bottles of Saint-George, ‘which the tropics had rather bludgeoned’. The diaries were kept ‘secret’, because Champollion’s dating of Egyptian civilization challenged the creationist account of the Catholic church based on the Old Testament chronicles.

A French publisher created a large-format edition of the unabridged diary in 1989, L’Égypte de Jean-François Champollion, with magnificent photographs by his descendant Hervé Champollion and notes by an expert at the Louvre. Attractive and informative as that is, Champollion’s prose, in Martin Rynja’s vigorous translation, needs no embellishment. His diary is the finest antidote to dry-as-dust Egyptology that I know.

Inevitably, Champollion’s field observations on the hieroglyphs have a special fascination. ‘I am no longer surprised that in hieroglyphic texts it is so difficult to differentiate the jackal from a dog… A dog is defined only by a tail curled up like a trumpet. This distinction is taken from nature: all Egyptian dogs carry their tail pointing upward in this way.’ Again: ‘One of the sailors showed me an enormous beetle with ‘three’ antlers: one antler, or rather a false antler, on its carapace; at either end of its carapace two horizontally placed antlers; and on its head two antlers which cross. Without any doubt, this is the Scarab.’

These observations helped to substantiate a famous claim by Champollion in his classic Précis du système hiéroglyphique des anciens Égyptiens, made before his visit to Egypt. He had written: ‘Hieroglyphic writing is a complex system, a script all at once figurative, symbolic, and phonetic, in one and the same text, in one and the same sentence, and, I might even venture, in one and the same word.’

Such complexity is found in Chinese characters, too; and much of the first volume of Scripta is dedicated to understanding how the Chinese script has functioned, for writing both Chinese languages and other languages, notably Japanese, Korean, and Vietnamese, over three millennia. Indeed, the specialised use of Chinese characters as phonetic signs, rather than as conventional ‘figurative’ or ‘symbolic’ signs, for spelling non-Chinese names, was a useful clue towards the decipherment of the Egyptian hieroglyphs. The Chinese method of writing foreign names phonetically aided a scholarly predecessor of Champollion in 1811 in guessing that the hieroglyphic cartouches on the Rosetta Stone encircling hieroglyphs for Greek (i.e. non-Egyptian) names like Alexander and Ptolemy, might also be written phonetically. During the Han Dynasty, remarks a Scripta contributor, the name Alexandria was written phonetically in Chinese with four characters conventionally meaning ‘crow’, ‘shoot (with bow and arrow)’, ‘mountain’, and ‘separate’, and pronounced something like ‘A-lek-sran-rai’.

Scripta is published from Seoul National University in Korea, jointly edited by an American, John Huehnergard, and a Korean, SeungJae Lee, with international contributors and a distinguished international editorial board. While this is not surprising, the journal’s Korean origin, and its wholehearted commitment to the excellence of Hangul, are unusual, and exert a distinctive influence on its outlook and contents.

Historically, literacy, as in ancient Mesopotamia, Egypt, and China, was jealously guarded by the scribal and ruling classes. In Korea, too, the elite wrote in a complex script based on thousands of Chinese characters, until King Sejong introduced the Hangul alphabet in the 1440s with an enlightened proclamation: ‘The sounds of our country’s language are different from those of the Middle Kingdom and are not smoothly adaptable to those of Chinese characters. Therefore, among the simple people, there are many who have something they wish to put into words but are never able to express their feelings. I am distressed by this, and have newly designed 28 letters.’ Ever since then, Korea – North and South – has been divided over whether to write the Korean language in the simpler native Hangul or in the challenging, but hallowed, Chinese characters. During the past few decades, Hangul seems to have won the struggle and become the dominant script in both Koreas. Yet, the academic trend in the study of writing systems is, if anything, in the opposite direction from an admiration of alphabetic simplicity – towards a greater appreciation of the advantages of complexity, à la Champollion and hieroglyphs. It will be intriguing to see how these two contrasting attitudes play out in future issues of Scripta.