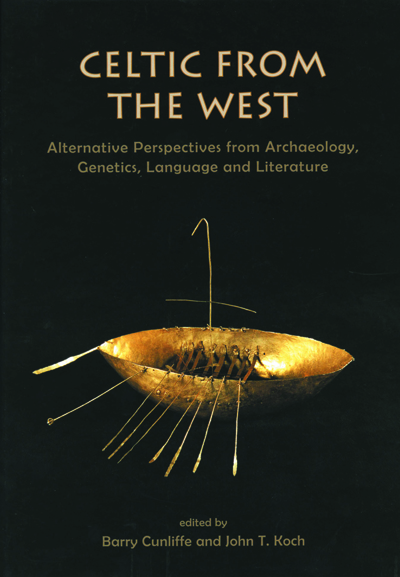 This work is the opening salvo from a new flagship project aimed at re-defining the concept and identity of Europe’s prehistoric Celts. The initiative, led by the two editors (and other contributors to this volume), draws together fascinating theories about origins, identity and culture for Later Prehistoric Europe that have been developing in various academic circles over the last decade or so.

Use of the term ‘Celt’ has become dogged by controversy, not least due to the conceptual difficulties associated with applying it to peoples who might never have identified themselves as such (the term itself originates in Greek classical scripts). The aim of this book is to reboot discussion of ‘who were the Celts’ by moving on from past controversies and casting the net of scholarship wider than ever before. That archaeologists have been accepted by other disciplines in pursuing these goals, in this case linguists, philologists, and geneticists with similar goals, means that the scope for debate is increased three- or four-fold, making for far more dramatic insights.

The book spans a wide time frame, with Cunliffe’s opening paper discussing the Neolithic onwards, followed by contributions focusing on the last thousand years or so of Late Prehistoric and Early Historic Europe. Divided into three distinct sections, archaeology, genetics (3 papers each), and language and literature (5 papers), the scope of the book is vast, covering a considerable geographical area, complex genetic concepts and an impressive corpus of texts from excavated stelae and classical works.

The first impression is that there is now a much greater focus on Atlantic Europe than before, offering a fresh approach and a chance for the editors to develop overlapping themes from their previous research in these regions. The book, throughout, attempts to tease out what defines the Celts. However, almost paradoxically the very inclusion of so many diverse research strands brings ever greater numbers of people who may or may not be identifiable as ‘Celtic’. Rather than lingering on this, attention is focused further west, thanks in part to the breadth of research on Celtic languages along the Atlantic coast, meaning studies in all three sections devote space to archaeological, linguistic, and genetic evidence from south-western France and the Iberian Peninsula. This reflects the principal big idea behind the book (and the project as a whole), that the Celts may have originated (or at least evolved) within the Atlantic region of Europe.