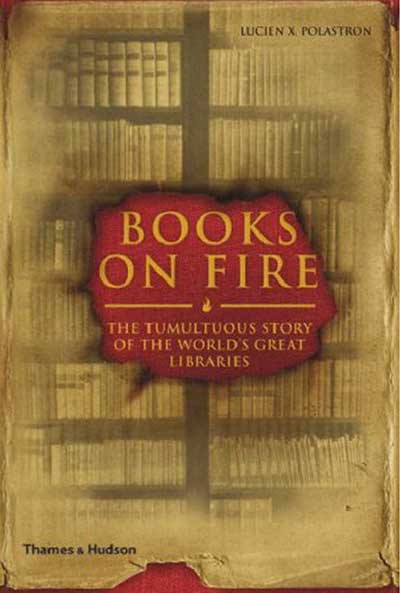 Books on Fire: The Tumultuous Story of the World’s Great Libraries,
Lucien X. Polastron, Thames & Hudson, £18.95
Chosen by Andrew Robinson, the author of The Story of Writing and Lost Languages among other books.

Books on Fire is a history of library and book burning from earliest times, in which the cuneiform clay tablets of Mesopotamian palace libraries were baked hard by fires started by pillagers, to the latest destruction of cultural artefacts (including ancient cuneiform tablets) in the Iraq war.

Of course, some libraries were incinerated by accident. Indeed, a citizen of ancient Rome who survived into late adulthood could expect to experience half a dozen fires in a lifetime. However, the majority of them were deliberately destroyed. As Lucien Polastron reminds us throughout, intellectual intolerance has always been with us, though it has taken many forms. His book has serious flaws, but it is the first to deal with this important subject so broadly.