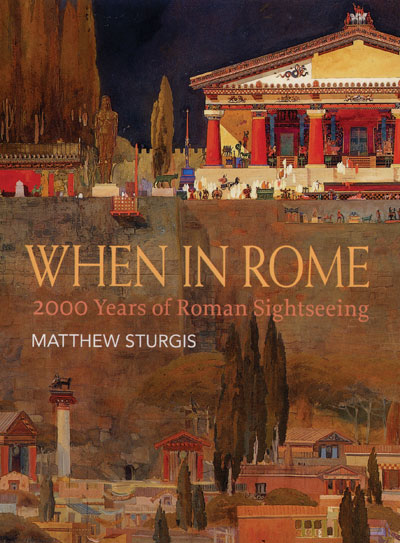 There have been many Romes. From the earliest scattered huts on the Palatine to the frenetic modern metropolis, the Eternal City has repeatedly reinvented itself.

Augustus boasted of finding it brick, and leaving it marble, while the Popes presided over a landscape of martyrs’ relics, before the Renaissance and Baroque movements recast the urban fabric once more. Throughout these metamorphoses, the city has known one constant: visitors.

Sturgis, a historian and Romaphile, celebrates the city’s status as a tourist draw for over two millennia. His entertaining text explores the great monuments that have come and gone – victims of neglect, civic expediency
or fashion – and investigates why some rose to prominence, only to be forgotten once more. The now oft-overlooked ruins of the Basilica Nova, for instance, were an essential stop on the Medieval tour, with the pilgrims told it collapsed on the night of the Nativity – three centuries before it was even built. Modern visitors who despair of traffic-choked streets should spare a thought for the obstacles facing one of the city’s earliest recorded visitors: in 168 BC, Crates of Mallos fell into the main sewer and broke his leg.