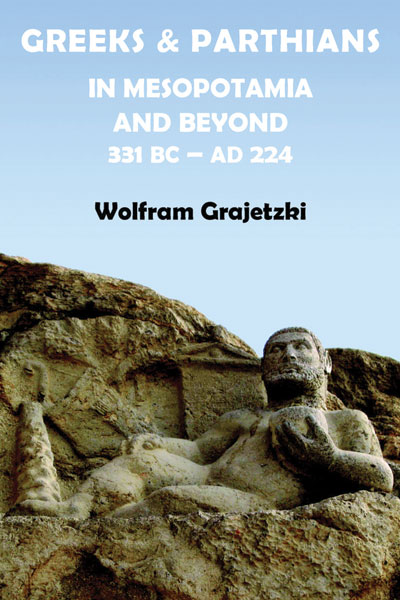 Who were the Parthians? The Parthians are one of the forgotten peoples of history. When Alexander destroyed the Persian Empire in the 330s, Greek influence spread over the Persian world, and the Persians tend to be forgotten until the 3rd century AD when the Sassanian Dynasty took control and established a vibrant empire and artistic style that lasted until it was overwhelmed by the Muslims. And – great secret this – the best Muslim culture really comes from the Sassanians.

But between the conquest of Alexander and the rise of the Sassanians come the Parthians, rather pesky trouble-makers, who periodically crop up to give trouble to the Romans, notably poor Crassus, the millionaire who was never really a general, and who was roundly defeated and killed by the Parthians in 53 BC. But the Parthians really need to be rescued, and here the author sets about doing so. This slim volume has but two chapters: ‘The Historical Setting’, and ‘The Places’, which is full of familiar names – Uruk, Babylon, and Susa – all well known for the part they played in the Bronze Age and later. However, to get down to the interesting Bronze Age layers, the excavators had to chuck out all the later rubbish, and much of this later rubbish is, in fact, Parthian. Here Grajetzki reassesses the rubbish and rehabilitates the Parthians.