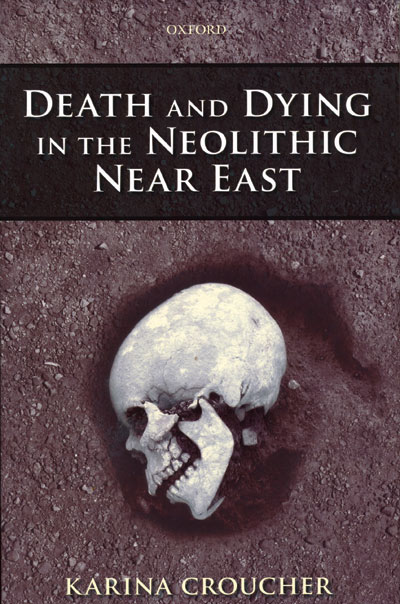 Death and Dying in the Neolithic Near East

The Neolithic was a time of seismic change in human development, when sedentary farming took over from a nomadic, hunter-gatherer lifestyle. How a society treats its dead reflects the beliefs of the living, so can this transition be seen in the archaeological record? Taking a case-study approach to investigate mortuary practices, the author draws on a huge body of work to explore the evidence – including sites both further afield and as recent as the Andean plane crash of the 1970s.

Neolithic perception of death was not that it was an ending, but rather a time of change or transformation. So burial was not a final farewell but a continuing relationship between living and deceased. It involved reburial, burial within residential structures that ensured close contact with the living, removal of the head, defleshing, and even cannibalism – though the latter is difficult to prove archaeologically. This is an ambitious, densely informative but fascinating read. A secondary, detailed, contents table is particularly useful for swift referencing. This will prove a useful addition to the bookshelves of all archaeologists and anthropologists, not just those with a special interest in the Neolithic.