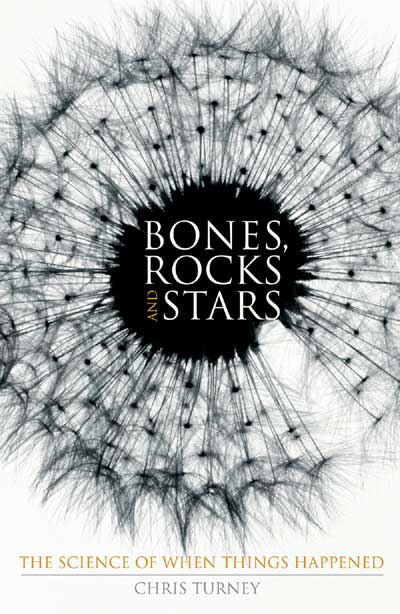 Telling the time is basic to archaeology. It has never been straightforward. At first, there were just historical dates – dates recorded in contemporary written sources – and some way had to be found of correlating these with artefacts recovered from different layers on archaeological sites. There was always a lot of hit and miss about this. Antiquarian scholars tended to assume that anything significant they dug out of the ground must relate to historically recorded events. Later, when the ‘scientific’ archaeologists had taken charge, things could still go horribly wrong, as with the assumption that all the big innovations of prehistoric Europe had been introduced from the great civilizations of the East.

The key breakthrough was the first radiocarbon dating revolution of the immediate post-Second World War period. Here, for the first time, was a method of dating archaeological material that was completely independent of historical sources; one which depended on measuring how much of the radioactive isotope 14C remained in a sample of organic material. Second and third radiocarbon revolutions have followed, one involving the ‘calibration’ of results to take account of variations in the amount of 14C in the atmosphere over time, the latest employing Bayesian statistics and massive computer power to ‘squeeze’ the date range represented by a series of samples.

At the same time, other scientific dating techniques were developed. Similar in principle to radiocarbon dating, but with a far deeper reach back in time, is potassium-argon (40K) dating. The ‘halflife’ (the standard way of expressing decay rates) of 14C is 5,730 years; that for 40K is an eye-watering 1,250 million years. So the former is used for relatively ‘recent’ remains of the last several thousand years, the latter for fossils.

But there are other methods again where the science is completely different. Probably best-known is dendro-dating. Because rates of tree growth vary from year to year according to the weather, and because each year’s growth forms a single ring of wood around the trunk, specific periods in the past are represented by distinctive arrangements of wide and narrow bands. Given sufficient samples, with plenty of tree-ring overlaps, complete dendro sequences stretching back thousands of years have been constructed for various parts of the world.

There are other techniques – like thermoluminescence, amino acid racemisation, electron spin resonance, and the uranium-lead method. Some are now in everyday archaeological use; others are highly specialised and of limited application. The value of Chris Turney’s Bones, Rocks and Stars: the science of when things happened is that it provides a concise, simple, readable introduction to the full range of dating techniques.

Turney is an Exeter University-based geologist who has made a great success of making science popular. He made the headlines in 2004 with his radiocarbon dating of the ‘Hobbit’ skeleton from Flores, Indonesia, and he has published many magazine articles and given numerous media interviews.

His approach in this book is to link each major advance in dating techniques with a key chronological problem – the date of the pyramids, the reign of ‘King Arthur’, the authenticity of the Turin Shroud, the extinction of the dinosaurs, the age of the Earth. This is an effective device, easing the reader into the scientific explanations, which are then admirably concise and clear. Altogether, a very useful little book.

So, too, is a companion volume that has since appeared, Ice, Mud and Blood: lessons from climates past, in which Turney tackles his current specialism: climate change. ‘Imagine a world of wildly escalating temperatures, apocalyptic flooding, devastating storms, and catastrophic sea-level rise,’ he begins. ‘This might sound like a prediction for the future or the storyline of a new Hollywood blockbuster, but it’s something quite different: it’s our past.’

The book does not disappoint, as we are taken on a meteorological journey through time, discovering the planet has had a turbulent, disaster-prone history. Will we learn the lessons? ‘The tide is turning. We can’t afford to drift with it.’