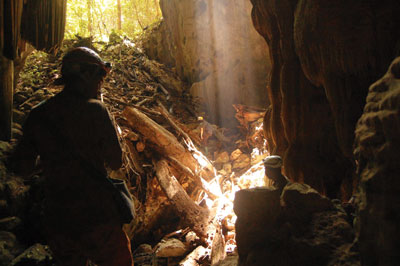 The collapse of Classic Maya civilisation was brought about by war and social unrest driven by climate change, newly published research suggests.

An international team of scientists have analysed stalagmites in Yok Balum cave, Belize, to reconstruct a precisely dated record of rainfall in the Classic Maya region, dating back 2,000 years.

This was compared to inscriptions carved on stone monuments, which describe key events such as battles, droughts, and the formation of alliances, allowing the researchers to create a timeline linking climate and culture in unprecedented detail.

The study, published in Science, found that Maya civilisation prospered and cities expanded during periods of favourable climate, and that periods of severe drought in AD 660-900 coincided with increases in written references documenting war and political turmoil.