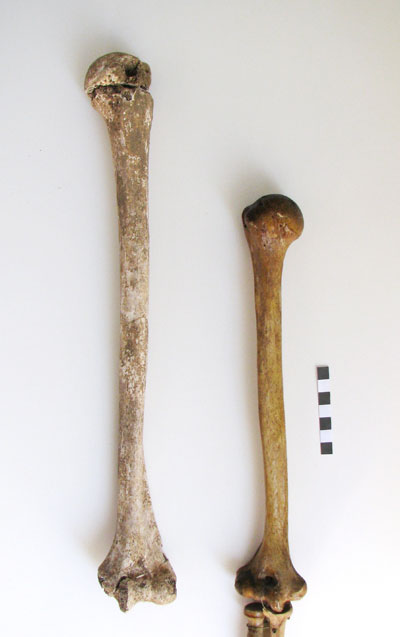 A 16- to 20-year-old Roman from the 3rd century AD represents the first complete skeleton of a person with gigantism known from Antiquity, according to a paper in the Journal of Clinical Endocrinology and Metabolism. At 2m (6ft 7in), he would have towered over contemporaries in imperial Rome, when men averaged around 1.7m (5ft 7in) in height.

Gigantism is caused by a malfunctioning pituitary gland releasing too much growth hormone, and affects three in one million people today. It is rare in the archaeological record, with partial remains from Poland and Egypt previously identified as two possible cases. New analysis of the Roman skeleton, led by Simona Minozzi of the University of Pisa, has revealed skull damage consistent with a pituitary tumour.