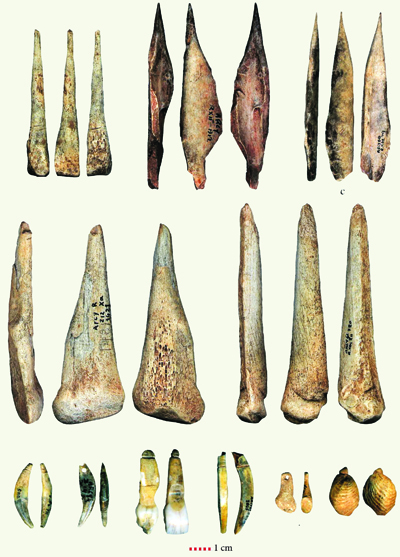 I went on my first dig after my older brother Richard and I volunteered to join Nick and Charles Thomas at Snail Down, near Upavon, to uncover a Bronze Age round barrow. It was so enjoyable that we resolved to try to go on another dig, this time in France. My mother wrote to Glyn Daniel at Cambridge, the then noted chairman of the television programme Animal, Vegetable, Mineral? to ask his advice. He replied by return, advising her to contact Professor Andre Leroi-Gourhan at the Sorbonne. His response was also favourable. Yes, he said, your sons can join me on the École de Fouilles at Arcy-sur-Cure this summer.

The only impediment was money. We needed £60 each to cover all our costs. So each Sunday, I mounted my 49cc NSU Quickly and rode from Wimbledon to Richmond, to sell ice cream on the Thames towpath. Bit by bit, we saved the money; and finally, on the 30 July 1956, we set off on our little mopeds for Lydd, crossed the channel by air, and took two days to trundle down to the site, about 100 miles south of Paris. There, we pitched our tent along the banks of the Cure, and joined the excavation team. There were only two other English volunteers, John Coles and Charles McVean. Otherwise, the entire summer involved listening, trying to understand, and, by degrees, speaking French. It was essentially a school of archaeology for young students from Paris, and our objective was to excavate a 4m-deep sequence covering the Mousterian to the late Upper Palaeolithic.

It was a memorable experience. Richard and I began in the Grotte de L’Hyene. This was a tunnel complex that contained the occasional Neanderthal artefact. It was dark and cold, and at lunchtime we crawled out into the welcome summer warmth for food, liberally enhanced with the local red wine. All then retired for a much needed siesta, to be awakened for further digging by the sound of Mongolian bagpipes played by Professor Leroi-Gourhan, ‘Le Patron’.

After a week or so apprenticeship in the dark Hyaena cave, we were moved to the much more salubrious Grotte du Renne. This was the prime focus of the 1956 campaign, and we made some dramatic finds. My particular moment came when I helped to trace a row of mammoth tusks, dug into the front of the cavern – presumably to hold some sort of structure against the glacial wind. We were tutored to take the greatest care to record every artefact within the cave, and every bucket removed went down on a wire to the river’s edge to be screened. Most evenings, there were lectures on the Upper Palaeolithic cultures of this region and beyond, and we made several excursions, one to the 9th-century abbey at Vezelay, another to visit and sample the local vintages. But the abiding memory of that long, hot summer was the excitement of discovery, and exploring deep into the Grotte du Cheval to peer at the cave paintings.

A decade later, my wife Polly and our ten-month-old son Tom embarked from Tilbury for New Zealand, and a lectureship at the University of Otago. Tom followed in my footsteps – he joined me on his first site-survey before his first birthday, and joined my excavations in Thailand when he was as old as I was at Arcy-sur-Cure. Having completed his MA, he was offered a scholarship to undertake his doctoral research in the radiocarbon laboratory at Waikato University. After graduating and serving for six years as the Deputy Director there, Tom was offered a post in the AMS laboratory at Oxford; and, just as I had circumnavigated to New Zealand, so he did the same in reverse. Before long, he was travelling the length and breadth of Europe, sampling and dating material from the transitional period between the Neanderthals and the first anatomically modern humans.

During one of my visits to Oxford, Tom casually mentioned that he was off to Paris to sample and date some bones from a site called Arcy-sur-Cure. I dusted down some old memories, and listened as he recounted the importance of this site for the presence of decorated bone artefacts in Chatelperronian layers there. He even mentioned sampling mammoth ivory. I felt as if a wheel was coming full circle. Tom, I said, I was there, and helped expose those tusks. I searched old albums, and fished out a couple of images of me, in one standing on the edge of the Grotte du Renne, in the other with trowel in hand.

Now, Tom and his colleagues have finished their dating of this site, and their report will shortly appear. It has taken a long time, but it makes the journey by moped down those long French roads all the more worthwhile.