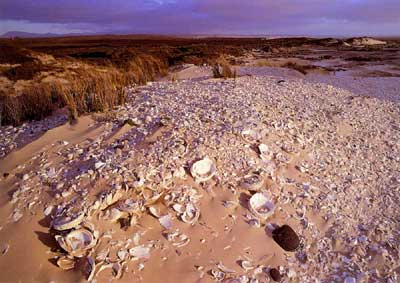 The Wilderness Society, a community-based environmental advocacy organisation in Australia, has labelled as disgusting an apparently malicious attack on ancient Aboriginal rock carvings in Tasmania’s northwest. The carvings, of circular petroglyphs thought to be about 2000 years old, were damaged with a chisel-like implement.

The carvings are by the Arthur River on the Tarkine Coast – along the northern part of the West Coast of Tasmania; an area extremely rich in Aboriginal material, notably middens (waste dumps).

The Society says the recent vandalism is reflective of wider management issues in the region. ‘This would not have happened if the Tarkine were better managed’, said Wilderness Society spokesman Geoff Law. Law added ‘this is an area where the Government is simply failing to protect outstanding natural heritage’.

Forestry Tasmania, which manages these areas of public forest on behalf of the public – is assessing what best to do about this. However, there is a clash of interests since Forestry Tasmania is primarily involved in managing the area for wood production – namely logging.

To date, the preferred course of action by Forestry Tasmania has been to establish small buffer strips and then carry on with business as usual, according to the Wilderness Society. Yet such strips adversely affect the integrity of the landscape – currently represented by large areas of unlogged, unroaded, primeval forest – within which the special-interest sites occur. Moreover, says Law, ‘logging roads open the areas up to the same sort of abuse that happened on the coast to the rock-art sites reported above’.

In order to prevent any further damage, The Society is now calling for the Tasmanian Government to ban off-road vehicles in the area. For further information on their work, please see www.wilderness.org.au.