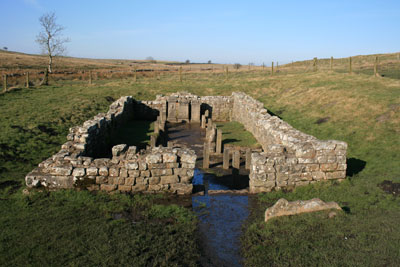 As the thousands of daily visitors to the Vatican Museums in Rome leave the Sistine Chapel and head back towards the exit, most are no doubt too exhausted to notice a curious statue to the left of the staircase they descend. It depicts the Mithraic divinity Aion. Aion is a fearsome apparition, with the head of a lion and the body of a human, wrapped around by a serpent. In each hand he clutches a key; at his feet is a crowing cockerel. The statue was found in an underground mithraeum in Ostia, the port of Rome, but what is particularly intriguing, especially given its current inclusion in the Vatican Collections, is that the symbols of the keys and the cockerel are those we most associate with St Peter, the figure who is the raison d’être of the Vatican: the two keys of heaven and hell entrusted to Peter by Christ, and the cock that crowed after Peter’s third denial of his Master. Until its demolition in the 16th century, the bell-tower of the Constantinian Basilica of St Peter was surmounted by a metal cockerel.

This merging of theologies can lead into labyrinths of ambiguous connections that are as complex as the subterranean catacombs where Mithraism and early Christianity were both first practised. After the luminous, outdoor worship of the Ancient Greek world, with its emphasis on nature and light, it takes a while for the eyes to adjust to the shaded, closed-in spaces of the new, oriental religions of the Roman Empire – the cults of Mithras, of Isis, of the Mater Magna, and of Jesus of Nazareth – to which we are the heirs.

Mons Vaticanus – ‘the hill of prophetic cults’ (vates means prophet) – outside the city of ancient Rome and across the Tiber, was a general repository for all the unofficial, oriental cults. Through inscriptions we know of at least two other montes vaticani in the Roman World, one at Lyon (Lugdunum) and another near Mainz in Germany: both were also places where the Phrygian Mother-goddess – Cybele, or the Mater Magna, as she was called in Rome – was worshipped, just as she was on the Vatican Hill in Rome. The chief officiator of her cult, though a eunuch, was an august figure in Rome and was believed to possess the powers of prophecy. Interestingly, he was called the Archigallus – gallus is the Latin term for cockerel – and his residence was on the Vatican Hill.

The Archigallus was, it seems, not the only important resident on the hill. If the extraordinary number of mithraea found beneath Rome – and for that matter all over its territories, even as far away as Hadrian’s Wall – is anything to go by, the most flourishing oriental cult in high Imperial times was Mithraism. Its message was hopeful, redemptive, and expressed in a clear, poetic iconography that could be easily grasped: hence its popularity. It had also the appeal of communality: followers would eat together, and the adept could rise through a full seven degrees of initiation, becoming at the seventh stage a much-respected pater sacrorum. One such pater held an office similar to that of a bishop or arch- bishop today; called the ‘Pater Patrum’ of the cult, he lived ‘in Hortis Vaticanis’. His title was possibly abbreviated to Pa-Pa. And hence the Latin word for Pope.