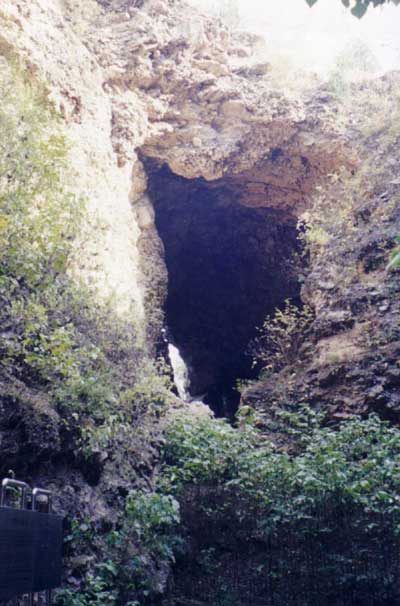 Saeed A. Durrani, who developed some of the methods used to date Peking Man’s activities, writes:
I first visited Peking – a more evocative name than the present-day Beijing – in 1980: a time when few foreigners entered China. A physicist, the main purpose of my visit was to investigate the famous, and very large – over 4 tons – meteorite, Kirin, which had fallen in the North-East of China a few years earlier. The meteorite had, according to some Chinese scientists, shown traces of amino acids, the ‘building blocks of life’ – though the claim could not subsequently be substantiated by other laboratories in the world. A few months earlier, I had received – unsolicited – some pieces of this meteorite at the University of Birmingham, where I was then teaching. The pieces had been sent by a team of meteoriticists at the Institute of Geochemistry at Guiyang, Guizhou Province, and my investigations led to a one-month visit to China as the guest of the Chinese Academy of Sciences, co-sponsored by the Royal Society, London.
During that month, my wife and I also went to Peking Man’s cave, for some of the scientists at the above Institute had tried to date Peking Man (Sinanthropus pekinensis) using some of the methods of dating that I had developed at the University of Birmingham – namely Thermoluminescence (TL) and Fission Track Dating (FTD).

Peking Man’s site is in fact a series of caves situated at several levels, which mostly span the Pleistocene era (0-1 million years old). Its official name is Zhoukoudian, but its more arresting local name is ‘Dragon Bone Hill’ (Longgushan in Chinese).

A UNO World Heritage site since 1987, it is some 40 km outside Peking. The Swedish geologist, Johan Gunnar Andersson, discovered it back in 1921, and it was painstakingly excavated by the Austrian palaeontologist Otto Zdansky. However, it was the French naturalist, and ordained Roman Catholic priest, Fr Pierre Teilhard de Chardin (1881-1955), who chiefly brought Zhoukoudian to international attention during the late 1920s. I had read Father Teilhard’s autobiographical works before my 1980 visit. It was therefore an exciting prospect to visit the famous cave with our expert guide: Dr (now Professor) Huang Wei-wen – who later co-authored the book The Story of Peking Man (OUP, 1990) with Jia Lan-po; the latter’s statue has recently been placed in the site museum to commemorate his significant contributions to the field.

Among the scholars working on the Zhoukoudian material, I ‘discovered’ a young scientist, Guo Shi-lun, who had been working at the Chinese Institute of Atomic Energy for nearly 14 years – all unbeknown to the outside world – on the-then relatively new FTD technique.
Dr Guo’s aim was to use physical methods of absolute dating – rather than relative stratigraphic dating – to pinpoint the times when Peking Man had inhabited the caves. (Soon thereafter, I invited Dr Guo to join the Editorial Board of the journal Nuclear Track Detection that I had founded in 1977.)

The way Dr Guo had dated the activities of Peking Man was, in essence, as follows. Sinanthropus pekinensis, a Homo erectus, was among the earliest hominids – if not the earliest – who are known to have used fire, probably to ‘cook’ foods, possibly for warmth, and perhaps also for protection. Among the ashes of these ancient fires, Dr Guo had discovered some crystals of a uranium-rich mineral called sphene. It was these burnt crystals that held the key to the physical dating of the activities of Peking Man.

Now the theory is that all uranium, or rather its main component the U-238 isotope, undergoes spontaneous fission with time. The highly energetic fragments from these fissions (akin to those resulting from the explosion of an atom bomb!) leave latent trails of damage in the crystals. These trails may be revealed by chemical etching and examined under an optical microscope. Since fission takes place at a known and constant rate with time, it is relatively easy to determine how long these fissions have been going on, by counting the number of fission tracks in a crystal.

However, one also needs to know how much uranium the crystal contained. This is done by inducing fission in the uranium content by subjecting the crystal to neutron irradiation in a nuclear reactor. Normally this method gives the total, geological, age of the crystal. But if the crystal was highly heated at some stage – e.g. in a fire – all the pre-existing latent fission tracks would be eliminated through annealing, and only those tracks that were formed subsequently to the action of the fire would remain in the crystal. By these techniques, Guo and his co-workers had found that the fire-burning event had first happened around half a million years ago.

This time round, in October 2003, I was in China to attend the biennial General Assembly of the Third World Academy of Sciences, held in Peking. The President of China – Hu Jin-tao – inaugurated our Assembly in the Great Hall of the People on 16 October, when the first Chinese man in space had just landed back safely a few hours earlier. The President’s reference to this drew huge applause – and it was clear the whole Chinese nation was tremendously elated.

I stayed on in China to meet my old friends from the 1980s, including Professor Ouyang Ziyuan, now the Head of the Chinese mission to the Moon, as well as to revisit the Peking Man cave. Guo, now a Professor and a member of the Editorial Board of the journal Acta Anthropologica Sinica, was my proficient guide to Zhoukoudian.

We went to the site on the morning of Thursday 23 October 2003. It had changed out of all recognition – for much the better. There was now a completely refurbished museum, some offices, a dining room. The museum shows, in palaeontological sequence, the successive stages of the evolution of Peking Man and his activities – through actual exhibits discovered in the various strata in and around the cave. On the walls are large illustrations of the early history of the cave and of the various scientists who had contributed to the discoveries made there.

We were shown round the museum by a young palaeoarchaeologist, Zhang Shuang-quan, who is part of a team that has recently made exciting archaeological discoveries in the area (of which more later). After the tour we called on the energetic Director of the site, Yang Hai-feng, with whom we discussed how the museum could be even further developed in the future – and who welcomed my suggestion that a comprehensive library of books and documents about the cave be set up in the Museum. He showed us photographs of the recent visit of the grand-nephew of Fr Teilhard de Chardin, and drew my attention to a commemorative exhibition to be held in Paris in 2005 about Father Teilhard’s life and work.

After saying goodbye to the Director, we – Prof. Guo, the young palaeoarchaeologist Zhang, and I went out to tour the fairly extensive cave site of Zhoukoudian. It was a glorious early-autumn morning – crisp, sunny, and balmy, with exquisitely coloured trees and bushes presenting an ethereal ambiance. We were the only visitors!

In the large compound of the site were commemorative stone monuments showing busts of the various Chinese archaeologists/anthropologists who had worked on the site during the last century, including Pei Wen-zhong, the discoverer of the first skull of Peking Man in 1929. A couple of hundred metres away was a hilly terrain, where – separated from each other by some tens of metres and at various elevations – were a number of sites that had been excavated over the years since the 1920s. These sites, some of which were quite extensive, had been carefully labelled, and carried descriptions on metal plates in English as well as in Chinese. Below I reproduce one of Zhoukoudian’s key texts, erected near the mouth of the cave labelled ‘Locality 1’.

‘Locality 1 of [P]eking Man Cave was originally a limestone cave. About half [a] million years ago, Peking Man came to stay here intermittently for some three hundred thousand years. A thick deposit was formed as the cave became gradually filled up. The deposit which has been systematically excavated is divided into 13 layers and extends in an east-west direction, with a total length of 140 meters, a thickness of 40 meters and a width of no more than 42 meters.

The site was discovered in 1921 and the extensive excavation began in 1927. Although interrupted during the Second World War, the excavation during the past several decades has removed a total of 27,000 cubic meters of materials mainly from the middle and east parts of this locality. This site yielded over two hundred pieces of Peking Man fossils (representing around 40 individuals). Over ten thousand stone artifacts, and several layers of ash as evidence of fire use as well as more than one hundred species of fossil animal[s], which made it to be the most important site of the same geological age all over the world.’

At the cave, Professor Guo pointed out to me the exact spot from where he had collected his mineral (sphene) crystals out of the layers of ash. This spot, ‘Layer 10’, was several metres above the ground level where we stood, and had been labelled in situ by red Chinese symbols. One felt quite privileged by being shown the exact location of this historical event – which helped establish the date of Peking Man – by the very person who had carried out this exercise a quarter of a century earlier.

We then reached a location, at a high plateau in the bright sunshine, some metres away from the main site, where, according to Zhang, our young palaeoarchaeologist, a new habitat of Peking Man had been discovered on 15 June 2001 by the head of the local forestry centre: a lady named Tian Xiu-mei. The discovery had been published in the local Chinese newspapers, and had caused quite a stir amongst the specialists; but substantive work had only recently begun by the team of which Zhang is a member. The fossil remains of an ancient man who lived there some 25,000 years ago have been unearthed by this team.

Following our extensive walking and climbing, we were taken back to the museum’s adjunct offices, where a delicious Chinese meal awaited us: a hot-water rotating chamber fired from beneath, into which vegetables and slices of shredded meat were dunked until softened, and then eaten by the diners.

Thanking our hosts for all their hospitality, Professor Guo and I set off from the Peking Man’s Cave at around 3pm, after a most memorable visit. But my explorations had not ended yet. We were driven, next, to the Stone Flower Cavern, some 20 km away, and one of the great wonders of China, with myriads of stalagmites, stalactites, extensive underground lakes, gardens of mineralized flowers – but that is another story. By evening I was totally exhausted and ready for another hearty meal, lovingly prepared by Mrs Guo at her home. Their little grand-daughter, Chen Kai-lin, an elfin packet of sweetness, was the apple of everyone’s eye.