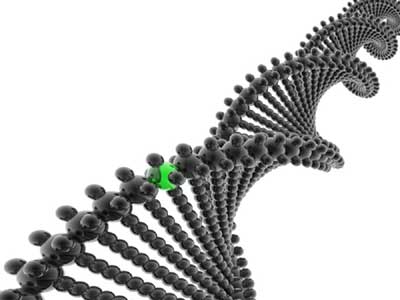 Geneticists from the Institute of Biological Problems of the North, the Far-Eastern Branch of the Russian Academy of Sciences, are reconstructing a picture of the colonization of Eurasia by the Slavs. Although their research is at an early stage, an interesting story is emerging that indicates that Slavonic men and women jointly developed the southern territory of contemporary Russia, but that after the 9th century, women stopped moving, stayed put, and the colonization of the east and north was performed mainly by men.

The scientists, led by Boris Malyarchuk, have reached this conclusion through the analysis of the genetic make-up of representatives from 10 Russian populations: from the Stavropol Territory in the south, to the Pskov Region in the north, the Orel Region in the west, and the Nizhni Novgorod Region in the east. Their work is based on an investigation of mitochondrial DNA – inherited along the female line – and the DNA of Y- chromosome, which moves down the male line. The variability of these genetic consecutions allows scientists to assess the migrations of our forefathers and foremothers.

Thus far the analysis indicates that Russian females show a genetic closeness. Female populations may also be split into two zones: the inhabitants of the south-eastern zone (including the Orel, Rostov, Kursk, Kaluga and Saratov Regions and the Stavropol Territory) find their roots among western Slavs, Baltic, and some Finno-Ugric peoples including the Poles, Lithuanians and Estonians. Meanwhile, Russian women from the north-eastern zone appear to come essentially from the Finno-Ugric and other nations of Eastern Europe (i.e. the Finns, Karelians, Maris, Tatars and Adygeis).

However, once the Y-chromosomes of Russian populations are compared, different results appear. Only the Pskov (from the north) and coast-dweller populations show a genetic closeness along the paternal line to the Finno-Ugric and Baltic nations of the Northern and Eastern Europe. It appears that, on the male line, the overwhelming majority of Russians are descended from the Poles, Ukrainians and Belorussians. Furthermore, judging by consecution variations of the ‘male’ chromosome, the Slavs – arriving in various places throughout Eastern Europe – connected in different ways with the residential population; in some places closely and in others they stayed separate.

The geneticists suggest that the reasons for these distinct male/female patterns are caused by the different involvement of men and women in Slavonic migrations. It appears that women only participated in early phases of the Slavs’ migration into Eastern Europe. While from the 9th century, it seems that the colonization of the east and the north of Eastern Europe was mainly undertaken by men who then chose wives and women from the residential population.