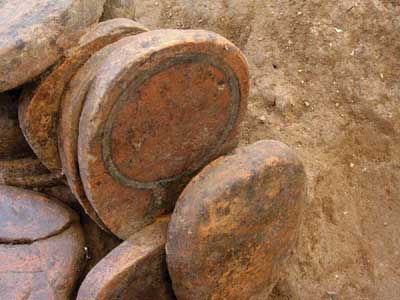 The Bronze Age of Southeast Asia has had a rocky ride. As early as the 1860s, French archaeologists were publishing bronze artefacts found in their new colonies but it was a century later that excavations at two Thai sites, Non Nok Tha and Ban Chiang, yielded bronze artefacts, crucibles and casting moulds. The excavators claimed on the basis of radiocarbon determinations that these were as early as the 4th millennium BC, claims that stoked a fiery controversy. More conservative opinion pointed out that the dates were derived from charcoal found in insecure contexts; and as further excavations have been undertaken, so the early claims have subsided.

To document and understand the Bronze Age, however, it is vital to pursue two aims. The first is to excavate a site that covers the entire prehistoric sequence from the initial settlement by Neolithic rice farmers to the end of the Iron Age. The second is to secure sufficient radiocarbon determinations to date each cultural phase. For the past seven years, we have attempted to achieve these at the site of Ban Non Wat in the upper Mun Valley of Northeast Thailand.

Ban Non Wat is one of numerous Iron Age sites, clearly seen from the air by its distinctive moats and banks. When we began our first season, we anticipated uncovering Iron Age occupation but, to our surprise, we proceeded down through Bronze Age remains to the Neolithic below. Here lay our opportunity. Almost 24 months of excavations have now uncovered 635 human burials, about 20,000 artefacts, and 75 radiocarbon determinations. Since the burials are superimposed over time, we have 12 clear mortuary and occupation phases. Our radiocarbon dates incorporate many based on the freshwater bivalve shells placed as offerings with the dead.

With no inbuilt age and a definite association, we can confidently turn to the Oxford laboratory, where my son Thomas has applied the latest Bayesian statistical analysis and established the site’s chronology.