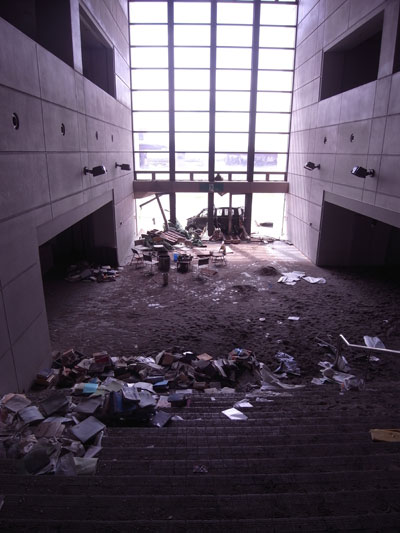 On 11 March 2011 at 2.46pm, I was browsing the archaeology shelves high up in one of Tokyo’s premier bookshops in the huge new Oasa Building overlooking the Marunouchi side of Tokyo Station; to the north lies Edo Castle, built by the Tokugawa Shoguns and today home to the Emperor and his family. The largest earthquake to strike Japan for 1,000 years – a country that endures about 2,000 quakes a year – lasted some five minutes. The building swayed, books fell from the shelves, a stand-alone book case collapsed, and fellow shoppers – better trained than me in earthquake etiquette – squatted down on the floor. There was no panic. Finally, as announcements over the tannoy system confirmed this was, indeed, an earthquake, everyone calmly made their way down the stairs and out through the exit.

The epicentre lay off the Pacific shoreline of Sendai, north of Tokyo, and about 45 minutes after the first major shock, the tsunami tore into the coast, sweeping away everything in its path. The huge wave relentlessly engulfed the tidy fields, villages, and towns along the coast. Japan is home to some of the world’s most exceptional archaeology, including well- preserved prehistoric settlements, stunning castles, and huge burial monuments. Artefacts include some of the oldest pottery and lacquer yet discovered; prehistoric waterlogged sites have yielded well-preserved organic remains, evidence of a sophisticated early civilisation.

Japan’s Neolithic started earlier and ended later than anywhere else; its pottery is the oldest in the world. Yet, surprisingly little is known of this country’s archaeology outside its own borders. When the catastrophic earthquake and subsequent tsunami struck earlier this year, among the appalling casualties were many archaeological sites and museum collections.

Some of the most significant sites in Japan are the shell middens, where huge mounds of shell were piled up during the Jomon period. I received exceptional hospitality from my hosts in Sendai: they took me to the shell-midden museum at Satohama, and to the Tohoku Histor- ical Museum, with its magnificent reconstructions of the Heian period northern outpost of Yamato civilisation at Fort Tagajo.

Recently, I returned to Tohoku to prepare for the first-ever overseas exhibition of the wonderful dogu, ceramic figures from the Jomon period, which took place at the British Museum in 2009. One of the lenders was the Goshono Jomon Museum, where a Jomon village has been reconstructed as an historical park, and where the painstakingly excavated remains of burnt pit-dwellings provided good evidence for how these buildings had been constructed.

We were exceedingly fortunate in that we were able to borrow all three of the dogu that have been designated National Treasures by the Japanese Government. Two of them are from northeastern Japan – Kazahari in Aomori Prefecture– and one from Chobonaino on the southern tip of the north island of Hokkaido. Local museums, designed and built to house these treasures, opened their doors in 2011.