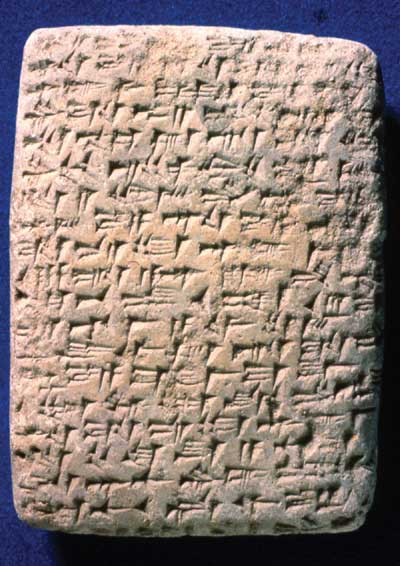 According to the Bible, David and his son Solomon were powerful kings who ruled the kingdom of Israel from their capital at Jerusalem. After Solomon’s death, at the end of the 10th century BC, the Bible states that their kingdom divided, never again to reach such opulent heights. But was this really so?

Drawing on a gamut of archaeological evidence, a new picture emerges – one that dates the appearance of the Kingdom of Israel to the 9th century BC, puts its original capital at Samaria, and casts King Omri and his son King Ahab as Israel’s first kings. This may come as a surprise since, although Ahab is well-attested in the Assyrian texts, in the Old Testament he is simply described as the 8th ruler of the Northern Kingdom of Israel following its division. Ahab is also castigated for doing evil, as in the extract from I Kings 16:30-31 (quoted left). Certainly, ‘evil’ Ahab is not one of the Bible’s icons, and is today probably only remembered – if at all – as the husband of the vilified Jezebel. However, as I reveal in the following pages, it is now possible to see the maligned Ahab in a new light: not only as the son of Israel’s first monarch, but also as a significant ruler of international renown.

Indeed, Levantine archaeologists have been unable to discover any contemporary corroborative evidence for the reigns of David and Solomon. So, over the last 20 or so years they have not only questioned the historicity of David and Solomon as major rulers of early Israel, but the archaeology has challenged the very existence of a Jerusalem-based ‘United Monarchy’ of the sort represented in the Biblical narratives (see the box feature on page 21 for more). This new perspective has emerged from two different directions – firstly from a re-evaluation of the archaeological evidence relating to those sites with presumed Solomonic remains, and secondly from new models for the emergence and development of historical Israel itself.

The re-evaluation of the archaeology revolves around a series of monumental structures – namely the public buildings or palaces at Megiddo, the predicted venue for Armageddon; the massive four-piered gateways associated with casemate city walls at Hazor and Gezer; and with the solid ‘inset-offset’ wall at Megiddo (the latter refers to the clever technique of slightly recessing and then slightly forward-projecting sections of wall, which allowed the city’s defenders to fire at any attackers from three angles: head on as well as to the right and left of the attackers.)

These different structures, for very little reason other than their monumentality, were traditionally assigned to the 10th century as testament to Solomon’s extensive and opulent building programmes. This attribution seemed to be supported by the Biblical reference in I Kings 9 to Solomon having ‘built the wall of Jerusalem and Hazor, and Megiddo and Gezer’. By association, all the pottery and other artefacts found with these structures were also attributed to the 10th century, and by this means ‘Solomonic’ assemblages were defined, which provided a fixed point in the chronology of the Iron Age and, by extension, the early history of Israel.

Casemate walls, a system of building outer defensive walls as a series of boxes or compartments filled with rubble, were in fact regarded as the very hallmark of Solomonic architecture, and wherever they were found, researchers squeezed them into the 10th century with very little regard for stratigraphy or associated pottery.

A major assault on this seemingly unassailable position was provided, however, by the excavations at Tel Jezreel, conducted in the 1990s by Tel Aviv University and the British School of Archaeology in Jerusalem.

Tel Jezreel occupies the brow of a hill overlooking to the north and east the plain of Esdraelon or Jezreel, at the point where it becomes the valley of Jezreel, falling away south-eastwards into the Jordan rift valley. The ancient site was developed by Omri and Ahab as a second royal city in the 9th century. Excavations of its massive fortress, produced pottery that was identical to that of the supposed Solomonic levels at Megiddo and Hazor. Did early 10th century pottery remain completely unchanged for nearly 150 years? Or was a more fundamental revision called for?

This question has led, in recent years, to a thorough re-examination of the so-called Solomonic architecture of Megiddo, Hazor and Gezer. This has revealed remarkable and previously overlooked or ignored similarities with both the architecture of the Omride fortress at Jezreel, and also with that of the palace of Omri and his son Ahab at the royal capital, Samaria. Both sites show the use of casemate walls in their defensive walls. This dispels, once and for all, the myth that this type of defensive structure was the exclusive preserve of King Solomon’s architects. In addition, we can point to the use of dressed ashlar masonry at all of the sites, but especially at Megiddo where the gateway shows exactly the same type of ‘bossed’ masonry as at Samaria.

In short, the re-examination of Gezer, Hazor and Megiddo has called for all of the supposed 10th century ‘Solomonic’ architecture to be redated to the time of Omri and Ahab in the 9th century. Together with the architecture, the associated artefactual assemblages have similarly been lowered in date. This means that what used to be considered as 10th century ‘Solomonic’ collections of pottery, metalwork, jewellery and so forth are now viewed as 9th century. Why should this matter and what does it mean?