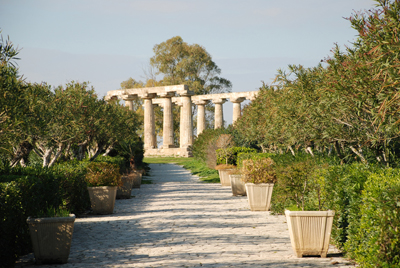 In the summer of 1911, the young Arnold Toynbee (1889-1975) went on a bicycling tour around Rome and began to realise that the history of southern Italy was different from that of the north. When he returned to Oxford, he gave a series of lectures on the subject, but then his mind turned to higher things. The result was his ten-volume Study of History in which he compared 23 ‘civilisations’ at inordinate length.

As a school boy I was very impressed; this, I thought, was the way history should be written – though I confess I did read the abbreviated version, running to a mere two volumes. Today, such comparative history is somewhat out of fashion – theoretical archaeology has swept it away – while the radiocarbon revolution has rewritten many of the basic dates.

In the 1960s, Toynbee returned to Hannibal and toured southern Italy. He found that site after site seemed to tell the same story: those that rose to prominence in the 4th and 3rd centuries BC suddenly collapsed around the time of the Second Punic War (219-202 BC) and never really revived. Could this be a consequence of Hannibal’s actions?

Despite inflicting crushing defeats on the Romans, Hannibal never succeeded in capturing Rome, and instead spent his last decade in Italy rampaging around the south. But even though he failed to defeat Rome militarily, did Hannibal wreak such havoc in the countryside that southern Italy’s agricultural base never fully recovered? Was this his posthumous victory over Rome? As Toynbee would have it: ‘Even Hannibal’s military genius could not prevail against the magnitude of Rome’s reserves of military manpower, and against the solidity of the structure of the Roman Commonwealth. But did Hannibal succeed in inflicting grievous wounds on the Commonwealth’s body, social and economic? Was this the nemesis of Rome’s superficially triumphant career of military conquest?’

Essentially, Toynbee argued that over and above the physical damage Hannibal wrought, he also kick-started the century-long social revolution that resulted in the Roman Republic being toppled by a military dictatorship. In this, Toynbee was heavily influenced by the two world wars that dominated his own lifetime, and his first-hand experience of the devastating impact such conflict had on vanquished and victor alike. Toynbee developed this theme in two volumes of wearisome length entitled Hannibal’s Legacy. They were not well received, and, in truth, are over-indulgent and over-long. But could the fundamental premise be sound?

Since the 1960s, Alastair Small and his wife Carola have been investigating the archaeology of Apulia (modern Puglia, a region in southeast Italy) from their base at the picturesque town of Gravina. Alastair was originally an Oxford man, but went to the University of Alberta, Canada, where he eventually became Professor of Classics until his retirement in 1998. Soon after his arrival, he met another young Oxford graduate, newly arrived to teach Medieval History. They married and between them Alastair and Carola (who became a Professor of Medieval History) have spent much of their lives examining the history of Gravina and its district. In Issue 45 of CWA, we focus on their work in southern Italy, and its implications for Toynbee’s theory.