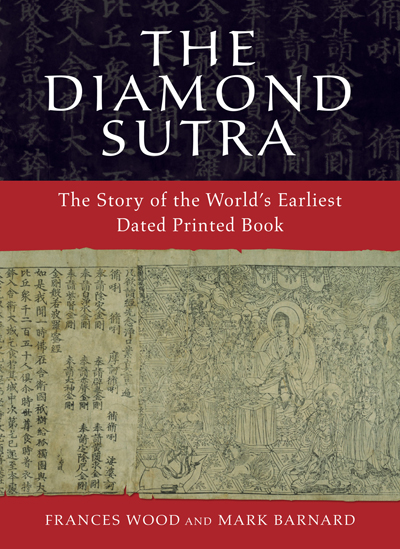 Most people think the Gutenberg Bible, printed in Latin in Germany c.1455, is the world’s earliest printed book. It is certainly the world’s earliest book printed with movable metal type, and the progenitor of the printing revolution in Europe. However, the honour of being the earliest printed book goes to a Buddhist text, known in English as the Diamond Sutra, printed in Chinese in AD 868 on paper using woodblocks, a copy of which was brought from a cave in western China to the British Museum in 1909 by the Hungarian-born, British-funded explorer and archaeologist of Central Asia, Sir Aurel Stein.

Indeed, even this copy of the Diamond Sutra may have had printed predecessors in the Far East. Goodquality paper had been invented in China in the 2nd century AD, and by the mid-9th century Far Eastern printing was already a mature industry. Printing was used, for example, in 764, by the Japanese empress Shotoku to mass-produce ‘a million charms’ on small strips of paper curled inside pagoda-shaped wooden containers for distribution in temples. But no surviving book from this time is plainly dated like the Diamond Sutra now in the British Library. Hence, the cautious subtitle – The Story of the World’s Earliest Dated Printed Book – of this crisply written, finely illustrated, general-interest guide written by two of the library’s staff members: Frances Wood, the head of the Chinese section, and Mark Barnard, the manager of the Conservation section, who completed a seven-year conservation of the Diamond Sutra in 2010.

Rather than being folded and stitched, the British Library’s Diamond Sutra takes the form of a scroll. The first sheet of paper begins with an elegant frontispiece showing the Buddha in a garden answering questions posed by an elderly disciple, attended by shaven-headed monks, haloed Bodhisattvas, flying apsaras (angels), an emperor and an empress, and other figures. There follow six long sheets of paper joined together edge to edge, printed with Chinese characters read top to bottom and right to left. At the end is the printed colophon, which translates as: ‘Reverently (caused to be) made for universal free distribution by Wang Jie on behalf of (his) two parents on the 15th day of the 4th month of the Xiantong reign’ (AD 868).

No more is known about Wang Jie. Presumably, he commissioned the printing and distribution of hundreds of copies of this work, in order to earn himself merit. ‘The Diamond Sutra includes passages where the Buddha states that chanting, or repeating aloud, even parts of the sutra would confer immeasurable merit,’ note Wood and Barnard. It is a favourite sutra among Chinese Buddhists, because it is quite easy to memorise and takes only 30-40 minutes to chant in its entirety.