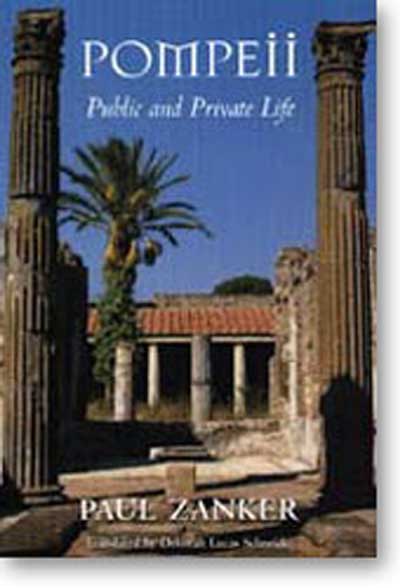 Paul Zanker’s Pompeii: public and private life (Harvard, £15.95) is another book in the same vein. The German author is an archaeology professor who has served as the Director of the German Archaeological Institute in Rome. Like Wallace-Hadrill, his aim is to ‘read’ material culture for encoded statements about past society. His big idea is that the domus (the elite town-house with atrium and peristyle) was ‘a symbolic expression of a unified vision of culture, luxury and pleasure’. The vision was first realised in the Roman villa, which in turn was based on the Hellenistic palace: the domus was, in short, a translation of Hellenistic royal luxury to a Roman urban context. As such, it represented the culmination of a long historical process: from the democratic egalitarianism of Greek city-states to the social inequality and ‘greed is good’ culture of latter-day Pompeii.
This is a concise and well-written book. Zanker divides the history of the city into three: the ‘Hellenistic city of the Oscans’ (pre-80 BC), the Roman colonial city (c. 80-20 BC), and the Early Imperial city as rebuilt under Augustus (c. 20 BC-AD 79). Although some judgements seem eccentric and dogmatic, his commentary on what the upstanding monuments, both public and private, can tell us about the last two centuries of the city’s existence is generally informative. But Zanker is on weaker ground talking about the pre-colonial city. Recent excavations – notably those reported in this issue – have shown his ‘Hellenistic city of the Oscans’ to be highly dubious.