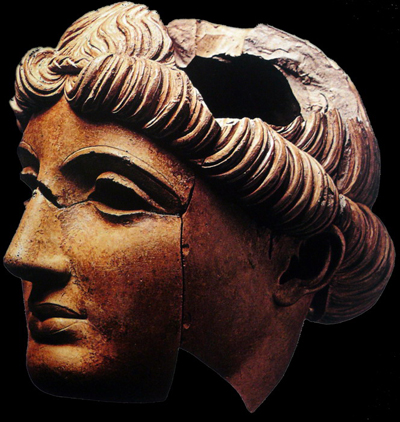 Rome is a city of books. Perhaps the greatest concentration of leading libraries in the world exists here, though refurbishments and closures have made sad inroads into their availability: at present, the great German Archaeological Institute library has reopened part of its collection in new premises and the Vatican Library is due to reopen in Autumn 2010. The Bibliotheca Hertziana remains closed, however, a sad loss for art historians throughout the world. Our own Library at the British School, however, has now completed its move into the new and expanded buildings, and is thus probably the best available collection of archaeological material in Rome.

The production of books is remarkable. The flow of volumes into our Library, and the constant invitations to book launches and presentations runs completely counter to the argument that the book is dead; here the book remains a cultural commodity of immense significance and, often, beauty. The British School at Rome is making its own contribution to this, and I will begin this account with some of our own recent and forthcoming work before taking a look at some of the more important works which have come out in Italian over the past few months.

Pride of place amongst recent BSR publications must go to the 2009 exhibition, Immagini e memoria: Rome in the Photographs of Father Peter Paul Mackey 1890-1901, a collaborative endeavour with Sir John Soane’s Museum in London. It contains a marvellous introductory essay and individual descriptions by our Cary Fellow, Robert Coates-Stephens, who situates Mackey’s work in the historical development of the city. They capture a quite specific moment of the agonised transformation of Rome from the last bastion of papal secular power to the new national capital. Old Rome was being torn relentlessly down to make way for the new. Early photography is a hugely significant tool for understanding this process. The choices that were made were the products of their own time, however, and thus Rome as we understand and see it is to a degree a product of a 19th century view. Whether what we experience now is more or less real than the Medieval version that was destroyed by the relentless tidying witnessed by Mackey is moot, but we must read what we have with the care with which he observed it.

Another area of study is the Grand Tour, and this leads me to Digging and Dealing in Eighteenth Century Rome, published by Yale University Press. Ilaria Bignamini, who died in 2001, left an extraordinary archive of material gathered in a sadly short lifetime of study on the Grand Tour. This material has been edited and supplemented by Clare Hornsby, who was an Assistant Director at the School, and has involved many other collaborators, most importantly the Paul Mellon Centre for Studies in British Art. The result is a magnificent two volume account of how the sculptures and finds in public collections across the world made their way from the site to the museum, through the hands of dealers and enthusiasts, collectors and entrepreneurs.