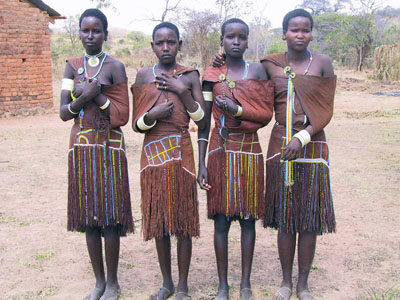 One of the most comprehensive and detailed studies of African DNA to date has identified the San people of southern Africa as the most genetically diverse group among the 121 distinct populations of modern-day Africans.

Working on the theory that genetic diversity accumulates over time, this would make the San the oldest population of humans on the planet. The same study has succeeded in identifying 14 ancestral populations from whom all of Africa’s modern population are descended, and, remarkably, the have found that differences and similarities in their genes closely follows the differences and similarities of their spoken languages, even when they live many thousands of miles apart: the Sandawe and Hadza of Tanzania, for example, shared genetic traits with the Khoisan speakers of southern Africa, and all three groups speak ‘click’ languages.

Sarah Tishkoff, of the University of Pennsylvania, is co-author of a report in Science summarising the results of ten years of research involving trips to some of the most remote parts of Africa to collect blood samples. She has also identified genetic markers in the DNA of the present-day inhabitants of East Africa living near to the Red Sea, linking them to Asian and European populations, suggesting that this is the group that migrated out of Africa to populate the rest of the world. West Africans speaking the Niger-Kordofanian language were found to share many genetic traits with African-Americans, indicating they were the ancestors of most of the slaves sent to the New World. Another finding is that, while South Africa has the population with the longest genetic lineage, it also has the highest levels of mixed ancestry on the globe: the so-called ‘Cape-coloured’ population is characterised by a blend of African, European, East Asian and South Indian ancestry,’ Tishkoff said. •